You may not know his name and for one simple reason: Sir Nicholas Winton was a very discreet man. However, his heroic deeds earned him the nickname « British Schindler ». And for good reason: during the Second World War, Nicholas Winton saved 669 children from the death camps…

Nicholas Winton was born in 1909 in the United Kingdom to German-Jewish parents. In a concern for integration, they converted to Christianity and Nicholas was baptized. He lived a rather mundane life until 1938, when everything changed for him.

The rescue of Prague

In 1938, while a simple stockbroker in London, Winton decided to go skiing in Switzerland. But he changed his plans in order to help a friend who was involved in the rescue of Jewish children. He left for Prague and set up an evacuation network for these children. After visiting a refugee camp, he set up his network in a hotel in the city center.

Between March and August 1939, he contributed to the evacuation of eight trains filled with children destined for deportation. They were sent to Great Britain and brought to safety there. While a ninth train was to be sent to his native country, it was blocked by the beginning of the war. All the children present unfortunately disappeared…

Although this network was not unique, it had one particularity: Winton did almost everything by himself. Where this kind of structure was usually organized and financed, Nicholas Winton’s was set up by his own means.

Back in England, Nicholas Winton would never tell anyone about his heroic act, not even his family. In fact, he felt that he had done nothing so exceptional. It is about 50 years later the facts were revealed. And in a very surprising way.

In 1988, Greta Winton (Nicholas’ wife) discovered a leather briefcase with a list in it. A list of children’s names, as well as several letters from their parents. Astonished by this discovery, she forwarded these documents to the historian Elisabeth Maxwell, a Holocaust specialist. The latter, married to a press magnate, managed to give a great media coverage to this story. 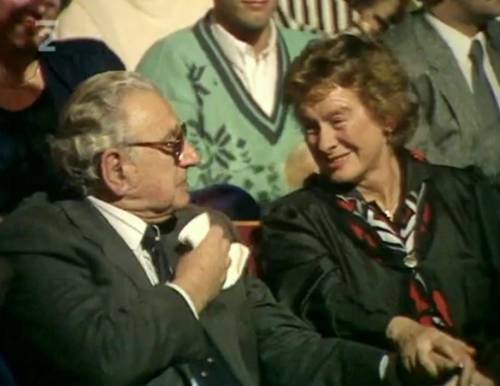 Nicholas Winton was then invited to appear on That’s Life, where he was able to meet the children he saved. The survivors, nicknamed « Winton’s Children », were able to express their gratitude to him in an emotionally charged show.

The little peculiarity is that when Nicholas Winton went to this program, he didn’t know that he was surrounded by his « children ». But the members of the audience present were indeed the survivors of the Holocaust that he had helped to evacuate.

Tributes to the British Schindler

The term « British Schindler » was used by Tony Blair. A more or less appropriate nickname. The analogy is certainly easy to understand. when we know that Oskar Schindler saved about 1100 Jews from the Holocaust. However, unlike Schindler, Nicholas Winton never had any illusions about the dangerousness of the Nazi regime:

« Our family had taken in Jewish friends who were fleeing Nazi Germany and knew what fate had befallen them. »

In December 2002, Nicholas Winton was knighted by Queen Elizabeth for service to humanity. He became Sir Nicholas Winton. He also received the title of « British Hero of the Holocaust » in 2010, awarded by the British government.

In 2009, a most touching tribute was paid to him. A train journey from Prague to London was set up for Holocaust survivors. Upon arrival, the « Children of Winton » were greeted by their savior, many of whom were previously unaware of his identity .

Sir Nicholas Winton died on July 1, 2015, at the age of 106. He leaves behind him a legacy of bravery and many « descendants ». For the emotional sequence, you can discover the episode from « That’s Life » where Winton discovers the faces of those he saved. 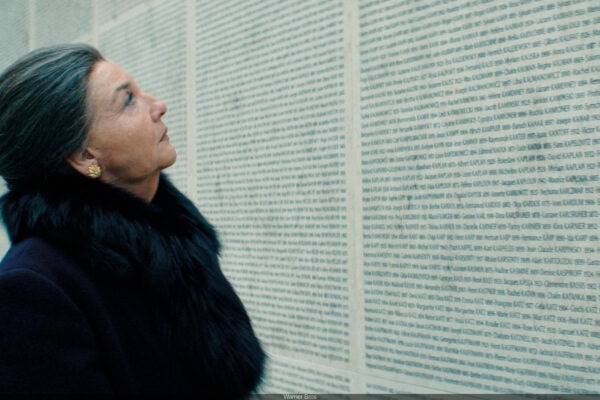 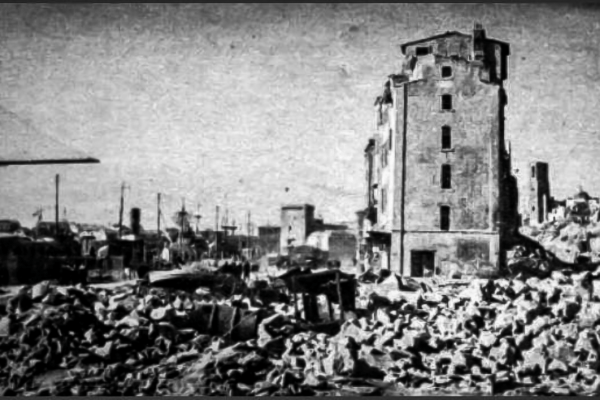 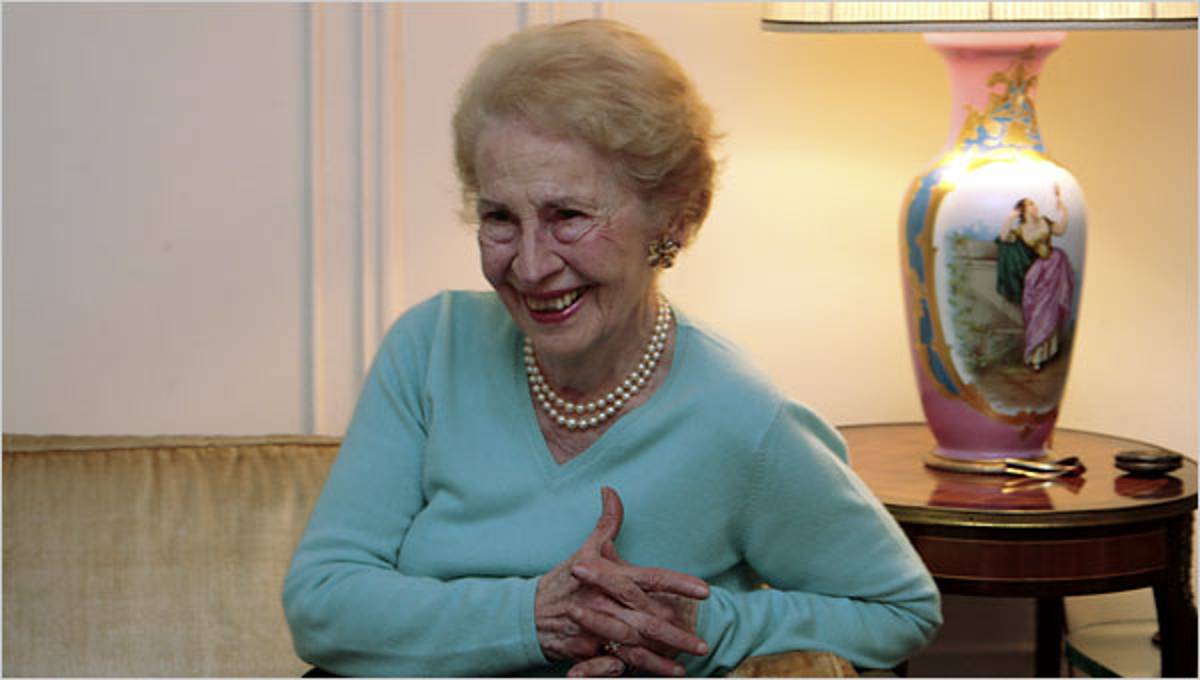 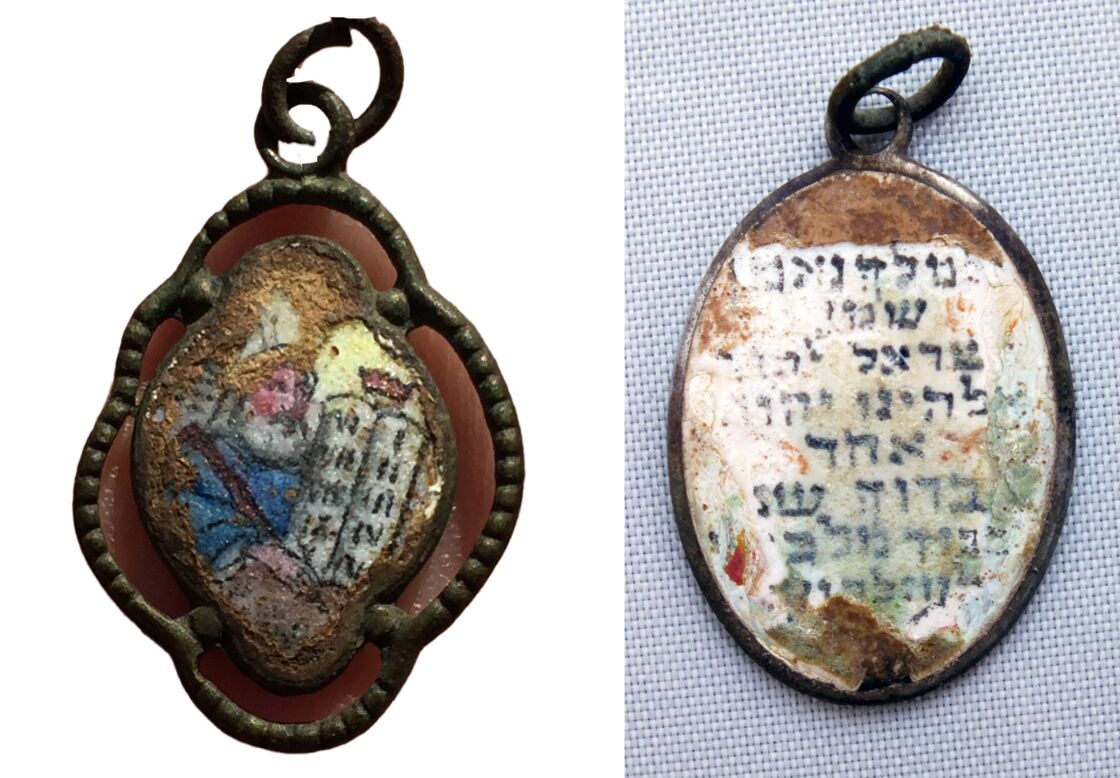 This website uses cookies to improve your experience while you navigate through the website. Out of these, the cookies that are categorized as necessary are stored on your browser as they are essential for the working of basic functionalities of the website. We also use third-party cookies that help us analyze and understand how you use this website. These cookies will be stored in your browser only with your consent. You also have the option to opt-out of these cookies. But opting out of some of these cookies may affect your browsing experience.
Necessary Toujours activé
Necessary cookies are absolutely essential for the website to function properly. These cookies ensure basic functionalities and security features of the website, anonymously.
Functional
Functional cookies help to perform certain functionalities like sharing the content of the website on social media platforms, collect feedbacks, and other third-party features.
Performance
Performance cookies are used to understand and analyze the key performance indexes of the website which helps in delivering a better user experience for the visitors.
Analytics
Analytical cookies are used to understand how visitors interact with the website. These cookies help provide information on metrics the number of visitors, bounce rate, traffic source, etc.
Advertisement
Advertisement cookies are used to provide visitors with relevant ads and marketing campaigns. These cookies track visitors across websites and collect information to provide customized ads.
Others
Other uncategorized cookies are those that are being analyzed and have not been classified into a category as yet.
Enregistrer & appliquer
Go to mobile version